Could this be the best paper airplane folder? He’s only 6! WOW.

How many ways are there to fold a paper airplane? If you really want to know the best way to fold paper airplane than look no further. Well, being the not-so-origami-inclined, I’m not one to even have a ballpark idea. But, my son, who just finished kindergarten, has been folding paper since he was 3. He started his paper folding with boats, and simple airplanes, but by the time he was 4, he was folding airplanes better than I could. I do use a simple design, but he has a dozen or so under his sleeves, and the one he shows you here is one of his favorites. This paper airplane glides perfectly, and if he can do it, don’t you think you can as well? To help you, he’s decided to make paper airplane tutorials. 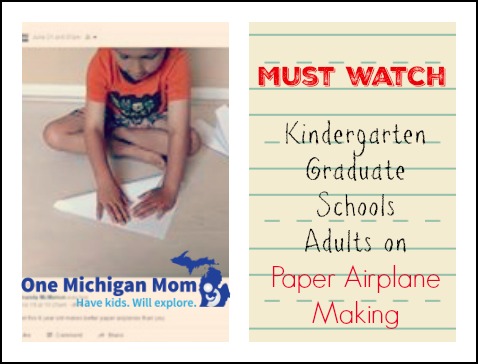 And, yes, I bet he can fold a better paper airplane than you can.

Watch this 6 year old fold a paper airplane like a boss!

What sorts of unique talents do your kids have?